Here are some more highlights–highlights according to this mama–of 2015. I am sure I left out something really, really important about 2015, but these are the items that piqued my interest.

Books, Books, and More Books: The literary world had a great year with some tried-and-true authors like Neil Gaiman, Alice Hoffman, and Stephen King continuing to publish and newcomers such as Paula Hawkins, Carola Dibbell and Leslie Parry debuting their first novels. I would love to say that I have read all the books on the NY Times Best Seller list, but as someone once said, “Too many books, too little time.” I will say that Judy Blume’s book In an Unlikely Event was the highlight for me. This book was engaging and intelligent coming of age story, and it just plain enjoyable to read. I highly recommend it. The low point for me was the publication of Harper Lee’s Go Set a Watchman. I read it in fits and starts because it was so hard for me to engage with it. Its plot was choppy, the characters not fully developed, and seemed to end abruptly. As I said earlier in my blog, I believe this books should never have been published. I feel it was an injustice to Harper Lee and her masterpiece To Kill a Mockingbird.

The reinvention of the Pencil: Only Apple Computers could reinvent a near perfect communication device like the good old pencil. The iPad Pro and Pencil is faster than 80% of the laptops on the market today. It seems like a great system for budding artists, and could help students who struggle to take notes in lectures. I would like to get my hands on it to create my own graphics for my blog or create new art. The possibilities seem endless.

Good news for Gluten Intolerant People of the World: First, a company has invented gluten free pasta made entirely from chickpeas or garbanzo beans. The pasta is called Banaza Chickpea Pasta, and the makers boast twice the protein and quadruple the fiber. You can buy a box at EatBanaza.com for 4:00. Wait there is more for those suffering from celiac disease. A company called 6SensorLabs has created the Nima, which is a device that determines if a piece of food contains gluten. A smiley face proclaims no, and a frowny face says yes.

The Hover board (a board that really doesn’t hover): Despite the news coverage of these “toys” catching fire, I think I would be interested in trying one out. (Don’t tell my kids; they would be laughing uncontrollably at the the thought.) 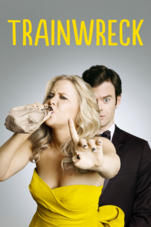 Funny Ladies: Amy Schumer’s Trainwreck, although a bit crude in places, was a terrifically funny movie that flipped the stereotypical movie with commitment-phobic male lead on its rear.  Amy Schemer plays the lead who learned early from her father that monogamy is unrealistic. Thus, her struggle to maintain healthy relationships.  The real gem of the movie was the montage in the middle of it with Tina Fey, Julia Louis-Dryfus and Patricia Arquette celebrating their last day of desirability in Hollywood. They discuss it in a cruder way, but it is a funny little anecdote in the middle of an already funny movie. And, I give her two thumbs up for her work with Senator Schumen on gun control.

Seeing Pluto close up, and not on Main Street at the Magic Kingdom: NASA’s New Horizons probe was able to pass by Pluto, making it the first time any spacecraft was able to get a close-up view of the farthest planet (wasn’t it demoted to dwarf planet a couple of years ago?) in our solar system.

A New Man?: Don’t get excited ladies, I’m talking archeology now. Although discovered  in 2013 in South Africa by cavers Rick Hunter and Steve Tucker, scientists announced the discovery of a new species of early human – Homo Naledi–this year. These 15, almost completely intact fossils, were found in a cave that was nearly impossible to access. In fact, the cavers found it by accident, and since the entrance to the cave was less than 8 inches in width, not many people would have been able to access that cave. Scientists have been conducting research on these bones, and they believe this is a new species of hominin with features that could be characterized as very old and other features considered more modern in the timeline of evolution. The bones have not been dated so some scientists are reserving their opinion on the importance of this find until later. I just think it is so amazing when monumental new discoveries are made because they make us all question our humanity and understanding of our shared history.  What do we really know? The October 2015 issue of National Geographic presents a comprehensive coverage of this story.

Gringa of the Barrio

A Sassy Barrio Gringa Telling It Like It Is