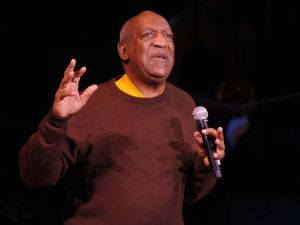 Ok, so I am no legal mastermind, but I am baffled that an alleged serial rapist is walking the streets a free man. Isn’t serial raping or rape in any form illegal? Did I miss something in Justice 101?

Over the past few months, the Cosby sexual assault story has played out in the media like a Hollywood movie. People don’t want to believe that the Jello Man, Dr. Huxtable is capable of such things. I didn’t want to believe it. Why? Because Cosby was a large part of my childhood. He was the creator of Fat Albert, one of the few cartoons I would watch religiously on Saturday mornings. Because he convinced me that Jello Pudding Pops were awesome (and they were). Because the wise and funny TV dad of five kids could never, ever do something so seedy, so underhanded, so evil. Not Dr. Huxtable. Uh uh. No way. After all, he could dance, he could sing, he could make me laugh so hard I wet my pants with just a look. “It’s not possible,” my self-denying brain told myself.

But, it became harder and harder to deny that Cosby did something terribly wrong when woman after woman kept coming forward to speak their truth. As my mama used to say, “Where there’s smoke, there is fire.”

The more I think about it, the more I realize that Bill Cosby is the classic example of a sexual predator. He comes across as friendly and helpful. Several victims told their story how Cosby led them to a private room under the guise of helping them with their careers, only to drug them, rape them, and send them on their way.

He knows how to insert himself into a situation where he can gain access to a victim. What future TV writer, comedienne, actress, or director wouldn’t want 10 minutes alone with a superstar? He is arrogant and narcissistic, and why not? He’s gotten away with it for years. Who would believe the victims that Mr. Mom the Pudding Guy could have sex with women without their consent?

The constant truth-telling of the victims was not enough. Many said, “We need proof.”

Viola! Here’s your proof. Several days ago, a judge released parts of a deposition from 2005 where Cosby admitted using Quaaludes to drug women so he could pursue sex with them. There it is. In his own words. And, now his lawyers and media machine are conspicuously silent.

HELLO? POLICE? LAW ENFORCEMENT? ARE YOU OUT THERE?

Why has this man not been arrested on multiple charges related to sexual assault? Why is he still walking around a free man, hiding behind his attorneys, and playing the role of a martyred victim of a public slamming conspiracy?

I realize that for most (if not all) the women involved, the statute of limitations has run out on their ability to press charges. But, does that also hold true for the drugging portion of his crimes? Like Al Capone, can’t law enforcement charge Cosby with a lesser crime in order to seek a modicum of justice for these women?

I am anxious to see how this plays out over the next few days. My hope and prayer is that the victims will have their day in court, and justice will be served. What do you think?

One thought on “Cosby: Alleged serial rapist walks around free”

Gringa of the Barrio

A Sassy Barrio Gringa Telling It Like It Is

In A Search of Balance
Mummy Spits the Dummy