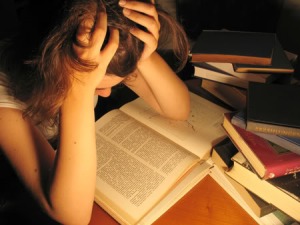 These are just some of the misconceptions I have heard people say about children with ADHD (Attention Deficit Hyperactivity Disorder).   People are very quick to dismiss ADHD as a character defect or even something fabricated. The truth of the matter is that ADHD (sometimes called ADD) is not an imaginary thing that doctors and parents created to explain away bad behavior.   In fact, it is a neurological disorder—a real, live brain issue—that affects the frontal lobe of the brain. This is the area that controls attention, behavior regulation and organization (Tarnow Center). According to the Center for Disease Control and Prevention, scientists have not found a cause for ADHD, but they do know that it typically runs in families. (This is where my husband and I start pointing fingers.)

According to Dr. Daniel Amen, a renowned psychiatrist and brain-imaging expert, over 17 million people in the United States have ADHD, and it is the most common learning and behavioral problem in children. Today the American Psychological Association lumps ADD and ADHD under the umbrella of ADHD with two subtypes: (1) Those have issues with attentiveness, and (2) those who are hyperactive and impulsive. There is also a third subtype, the Combined type.

This is where my daughter Annie comes in. She is currently an 11-year-old sixth grader who was diagnosed with Combined type ADHD when she was in kindergarten. Looking back on it now, Annie displayed some classic symptoms of ADHD. She was easily distracted, would lose things, never finished a task, and daydreamed a lot. We use to sing the “Elmo” song from Sesame Street to her because she always seemed to be in “Annie’s World.”   At the same time, she was always on the go, fidgety, impatient, and prone to outbursts.

So, what did this ADHD look like with Annie and in our house?

At the time, we did not know that Annie had ADHD, but we did know her behavior was quite different from her peers. So we took our daughter to a psychological center and had a full battery of tests done. Yep. Mama’s hunch is always right. She had a pretty severe form of Combined ADHD. Because I bought into the hype about medicating children, we did not put Annie on medicine until the middle of first grade. Once she was medicated I learned that this was the kindest thing we could have done for our daughter.

At first it made no sense to give a hyper kid a stimulant. But then the psychiatrist explained that her frontal lobe is what is not stimulated, and therefore, underperforming. In other words, Annie went from paying attention to EVERYTHING (e.g., sparkly shoes, crayons, apples, pens) to being able to give her attention to one thing, like math or reading.

Now, I am not saying that medicating every child with ADHD is the best course of action. There is also behavioral therapy and other therapies one can try. In Annie’s case, it was almost a necessity because without the medicine, her impulsivity levels were so high, that she was a danger to herself.

I am also not saying that ADHD medicine is a cure-all. For example, Anne is on a full regimen of medicine, but continues to have no conception of time—so we are always late, forgets to write down assignments in her agenda, forgets to give the teacher the assignments she has completed, forgets to study for tests. And her new fascination is fire and experiments. Annie’s impulsivity makes her hyper curious, so I am constantly finding my kitchen supplies outside the driveway after Annie concocted some crazy solution from Borax, food dye, and whatever else she has handy. And, she is very curious about fire. She loves to light the candles all over the house. You can imagine the problems a firebug with ADHD could cause. And, of course, nothing gets picked up because Annie is off to the next activity.

The other problem with ADHD is that children often suffer from a comorbid problems such as depression, dyslexia, and defiance disorder. In Annie’s case she has dyslexia, a sleeping disorder, and poor working memory. Scientists know that even though children may outgrow some of the hyperactivity, this is a disorder that will never go away. Annie will carry this with her into adulthood, and if she does not manage it well, she could have problems keeping a job, sustaining meaningful relationships, and feeling adequate. Moreover, if not managed well, there is a high probability for alcohol and drug abuse (Amen). In my mind, this makes ADHD a serious issue for the individual child and society as a whole.

2 thoughts on “Common Misconceptions of ADHD: A Mom’s Perspective”